This little girl happened. She is so wittle and sweet and hungry! 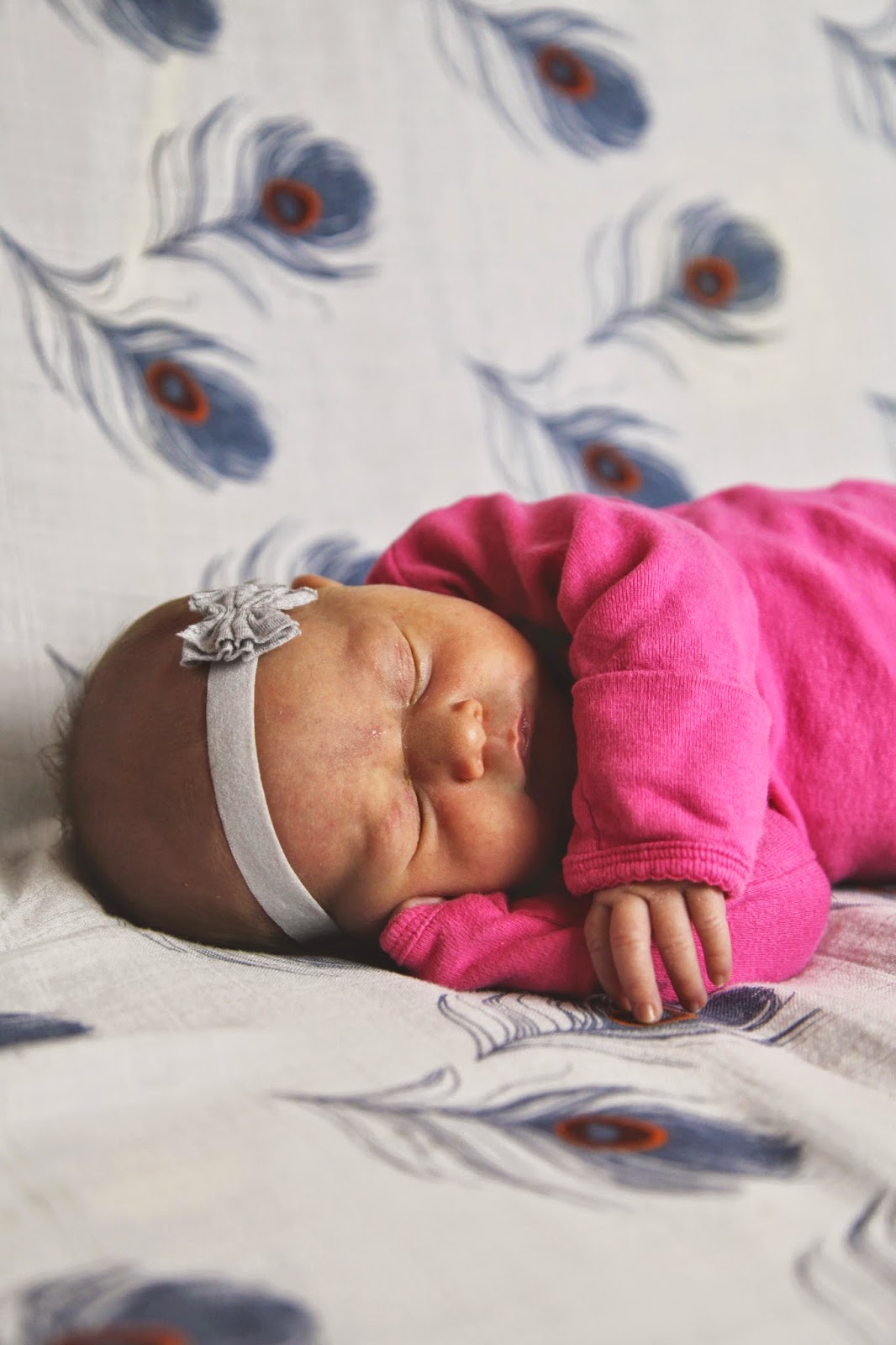 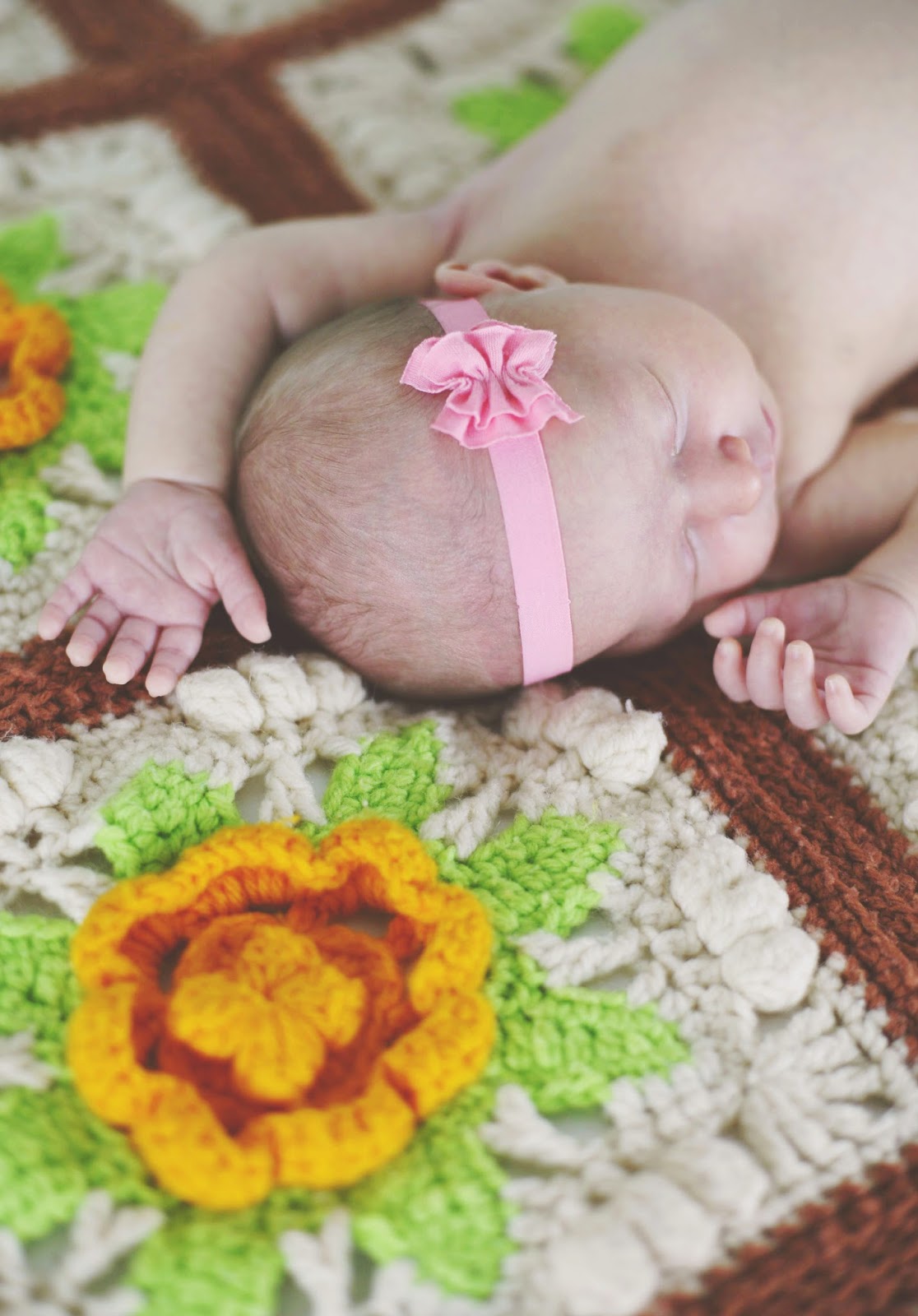 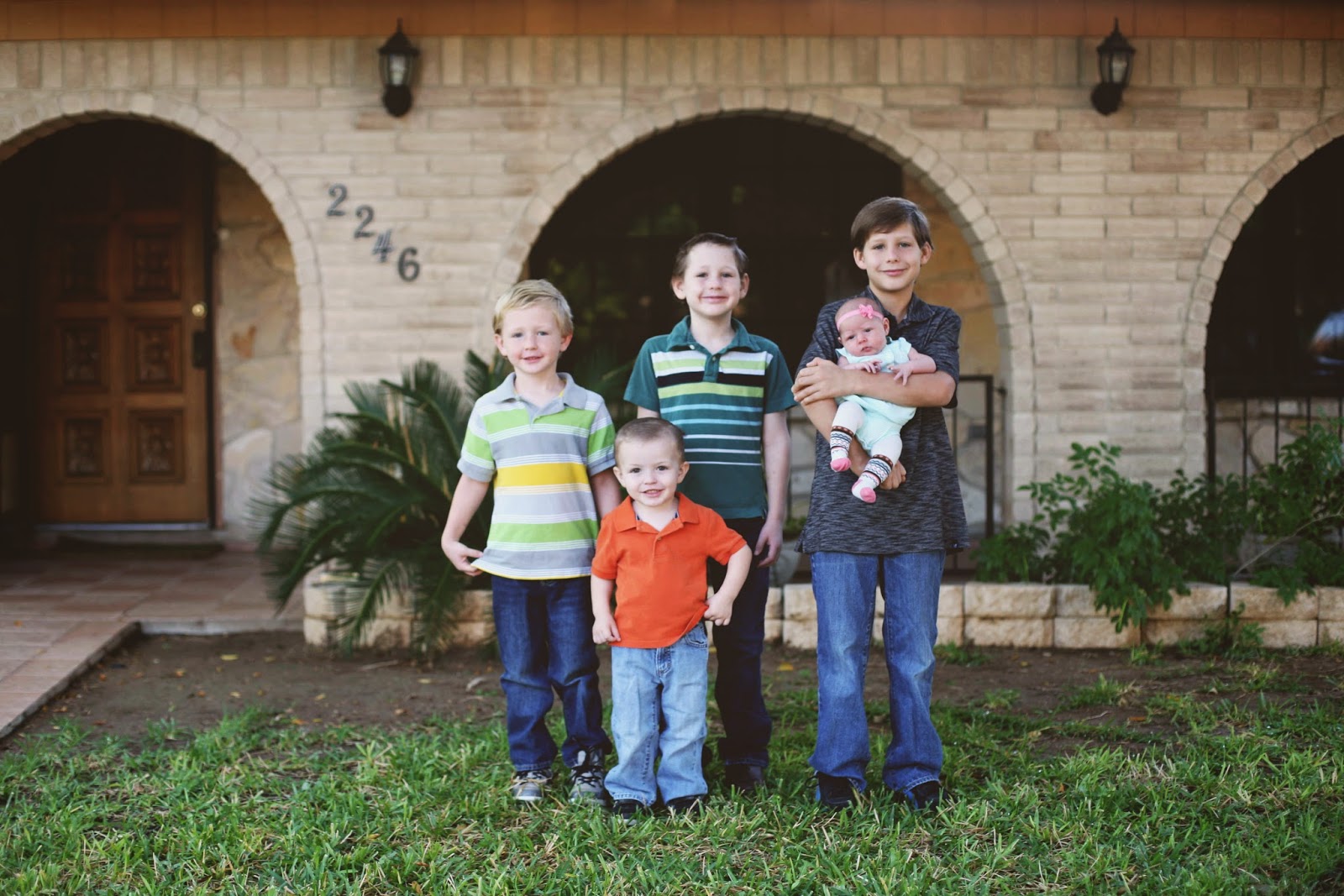 But let me tell you something.  I'm tired.  It's been a month of sleeping no more than 3 hours at a time and couch cat napping.

Nightmare's Daughter is LIVE!
Who would like to win a free copy of this book?
Leave a comment saying "PLEASE, PLEASE, PLEASE pick me!"
And them I might just pick you.  If your number comes up anyways!
Here is a little review she's gotten! 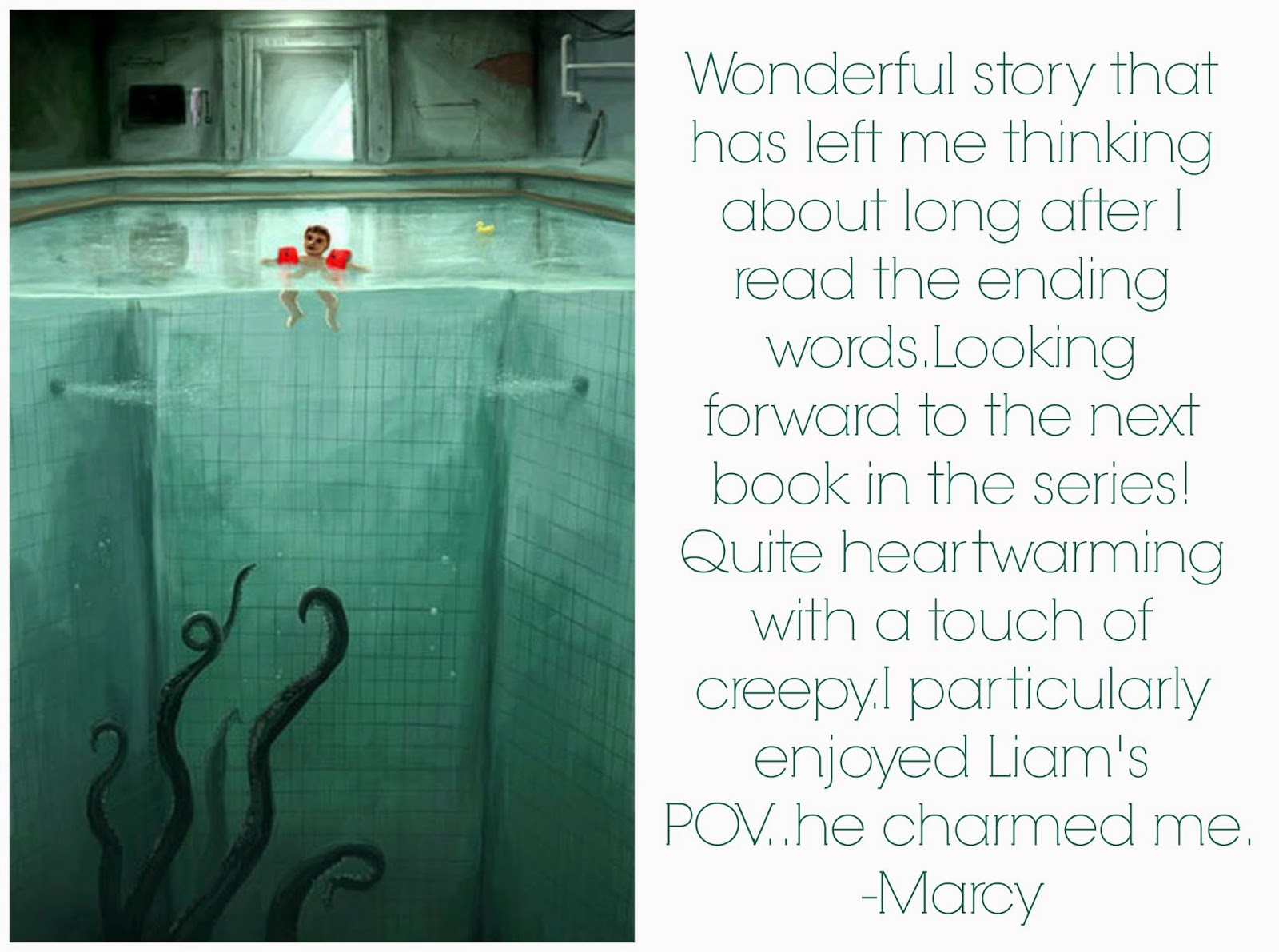 It's on Goodreads!
Add it to your TBR shelf!
"Nightmare's Daughter"

Here it is, the blurb for Nightmare's Daughter.

Justin Prevot is the pretty boy in school, the elusive type that no one gets but everyone loves to look at. Maya Justice is trying desperately to escape the reputation of her famous father. But when Justin shows up at Camp Neverwhere, a camp exclusively for the children of mythical creatures, Maya gets sucked into a fairy tale world she didn’t even think existed.
Posted by Aurora Smith at 7:23 AM No comments:

Are you guys ready?  This is happening in the next month.  Finally this little ditty is going to be ready to read!! 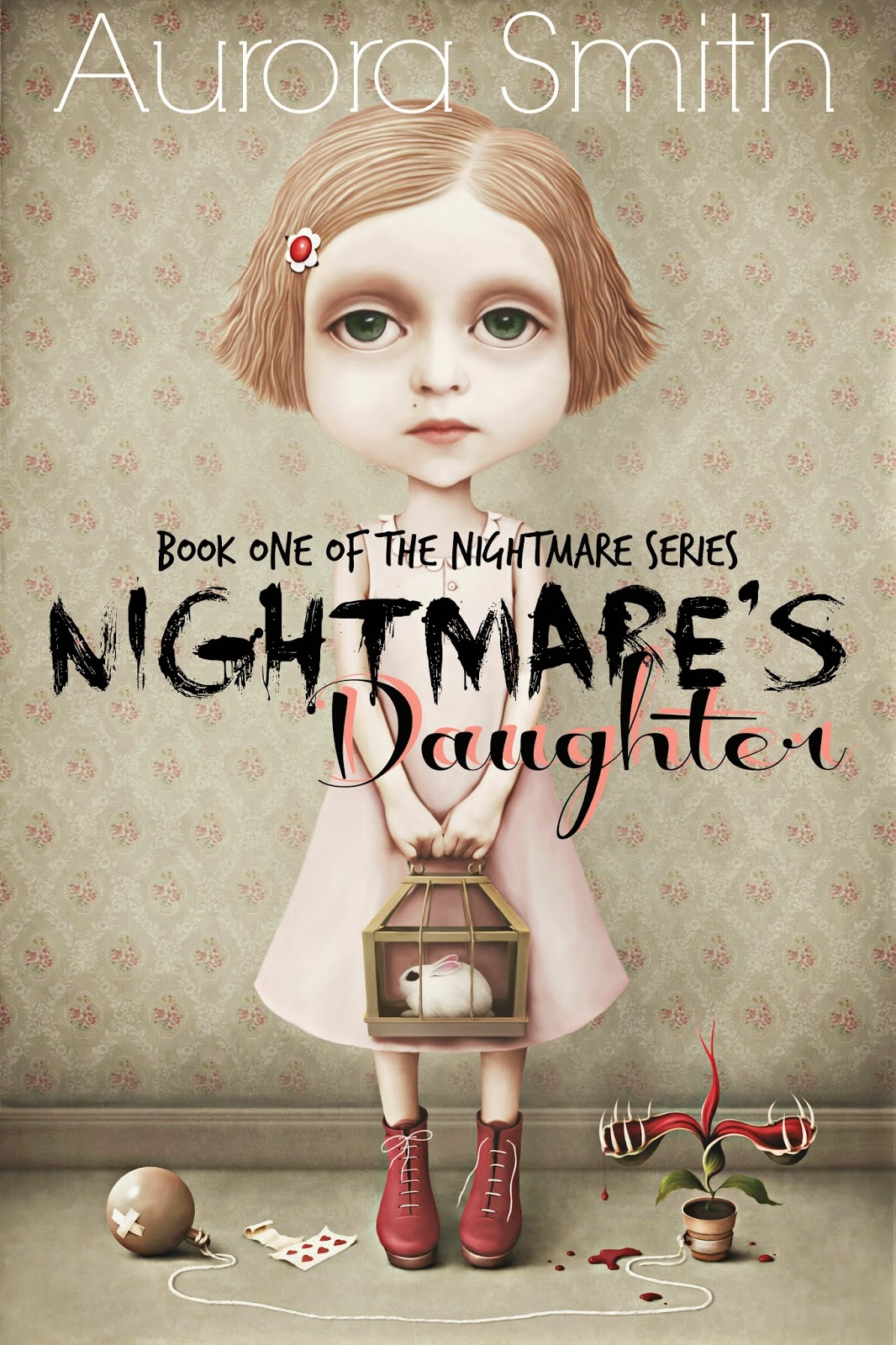 You'll be seeing a lot more of this book in the next few weeks, I'll even be posting the first chapter soon!  Yoo-hoo!  Love new books!
Posted by Aurora Smith at 7:05 AM No comments:

Yes, I just got done reading "Flowers in the Attic."

Flowers in the Attic by V.C. Andrews
My rating: 5 of 5 stars

Ok, so here it goes. My thoughts on the story of the Dollanganger kids and their time in the attic.


I admit when I first got this book I thought it was going to be much different. I heard about how the brother and sister fell in love and please don't judge me for buying the book after having this impression.

This book is so different from what I feel like the majority says. SO SO different and I have so many feelings about it. The feels are real!

First thing I have to say is that the "forbidden love" and the "Incest" is just either people whom haven't read the book or perverts. Yes, Chris and Cathy do have sex but that's not just it. If you really look into the book and the meat of the words then you will realize that it's a sad side effect of the abuse they endure. These kids are pre-teens and babies (12-14 and 4) when they move into this attic that they are "just spending one night in" and the two older ones are thrown into the role of mom and dad for four long years. They are in constant close proximity and none of that matters anyway because they are mentally, physically and in a certain way sexually abused by their grandmother and mother and that alone would make a kid do crazy things! I get it that they are going through puberty and they JUST have each other while going through amazing trauma and when something happens the guilt they feel drips off of the page and your heart is ripped open for them.

The line right after something happens between the two of them are this:
"He didn't have to say he was sorry...it was all over him...the way he quivered, the way his hands trembled and were so clumsy with his buttons." Then the most powerful line in the whole book happens a few pages later:
"The tears that rolled onto his pillow, I named as they fell: Shame, guilt, blame."

These are not grown adults, these are kids. Kids that are being called "Satan's issue" and many other ugly things. Chris is being whipped in the bathroom while his siblings hear it and he chooses not to scream or make one noise because he doesn't want the twins to be afraid. They are being starved, imprisoned then come to find out poisoned. SO yes, I get that they broke and did crazy, stupid things. There are times when you should be feeling revulsion you are actually thinking to yourself "Well at least someone loves them!"

I read a bunch of people say that they read this when they were twelve and it effected them for life.
I BELIEVE YOU!
I'm in my thirties (early thirties thankyouverymuch!) and I can step back and see what is really happening to them and I can understand where their minds are at.

This book is insane and it's just GOOD. It's different from other books these days and while half of the words were seriously cheesy, like "oh golly lolly," there are some other amazing lines that paint a picture that makes you go into the world that these poor kids are living in.

I can't wait to read the second one and I'm assuming that Chris will act like he is the least affected but will probably have a hard time giving his sister Cathy up. I feel like after the responsibility that was put on his shoulders and the way he committed himself to all of them and having lost one in the process that it will be hard to step down from that and I can imagine that it will be all PSSD that will be plaguing him. I don't know though. Don't tell me or I'll find you and pull out all your leg hairs with tweezers while MMMBOP plays on repeat.

I suggest this book to the most mature reader. And I challenge you to look beyond the surface and feel for the kids.

OH and a side note. I used to hate Twigs mother (From the Book Breaking Twig) more than any fictional mother I'd ever read but she has been replaced by Corrine Dollanganger. That woman is the most passive aggressive, selfish, mean woman I've ever read on paper. At least Twigs momma was open about how mean she was. Not Corrine, man I want something awful to happen to her in the later books.

View all my reviews
Posted by Aurora Smith at 4:45 PM 4 comments:

I feel very bleh.  Although it might just be that I'm PMSing and I've sent my family running for cover; I just passed a fort in the living room that was occupied by four shivering boys all with pitchforks and torch in their hands, ready to tame the beast.

I wish that were a joke.

Can I be honest?

I fell ticked off.

My son was just talking to me and it made me want to chew my fingers off.  The oldest ones breathing almost gave me an aneurysm.  The baby wants to nurse and I don't want to be touched with a ten foot pole.

I am writing a book right now that is very....hard to write.

It has some funny moments but I put them there to counteract the real life stuff I am throwing in there.  It's hard for me to write these things and while feeling like the world is crumbling around me for three days for no dern good reason makes me feel unreasonable and that makes it worse! 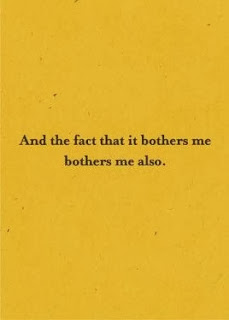 Am I the only one?
But I did finish an amazing series (Remember When) and I plan on giving a full review on Monday, hopefully I'll be in a better mood by then so I can do it justice.
Posted by Aurora Smith at 11:14 AM No comments:

Why I'm annoyed with Glee

I am going to do the unthinkable; make a whole bunch of Gleeks mad. 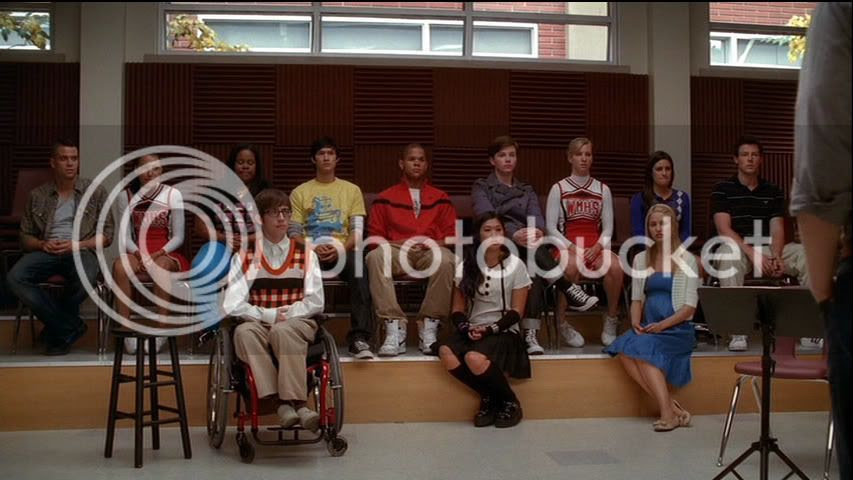 I mean, hopefully I wont, but I probably will.  I used to love Glee.  Back when everyone but Kurt was straight and they had really good songs.  I mean, do we remember this amazing number?
The show got an agenda, which honestly is fine by me.  I mean good for them.  I don't have a TV show where I get to talk about everything I believe.  They figured out how to do it so I'm not poo-pooing on that.  It's my choice to watch it and I did, off and on depending on how I felt when I was watching it.  If I felt yucky then I would just turn it off and move on.  I didn't care.  They made it clear from the beginning what they believed so it's not my place to be annoyed by it for choosing to watch it.  This is logic.
Now a days everyone on the show Glee is gay.  Or Bi-sexual.  Or a cross dresser.  But hey, I'm not going to pretend like I sin prettier than they do so I'm not poo-pooing on that either.  But there was  an abortion on the show and that pretty much put the nail in the coffin for me.  They didn't make a big statement out of it but did do it so I choose to just not watch it anymore.  Although I did catch this, and I loved it.  I think it's my intense love for nerdy boys. And there are some seriously adorable nerdy boys in this video.  I think my favorite is the Weaselly twins look alike.
As you know a few months ago their main character Finn, who was played by Cory Monteith died of a drug overdose in Canada.  He was an amazing character.  The cool guy who befriended the dork Glee club and basically because he stood up for them they all became successful.  Remember this?  It's my favorite all time song that he sang. (Those line of De Fox Glee Propiedad are annoying)
He had mixed Heroine and Alcohol and after years of struggling with addiction it finally took his life.  It is so sad.  My own mother lost her life to addiction and I understand the struggle as an onlooker.  It happens to the rich, poor, ugly and the beautiful.  It is a disease and it needs to be addressed.  So I did tune in this last week where I thought for sure that a show that has such a big platform that discusses such serious issues would make it honoring to him and help others through his struggles.
I was truly disappointed.  The first line that Kurt said was "It didn't matter how he died."  Really?  It doesn't matter that he died of overdosing on Heroine?  This is a show that tells us that we need to live the way that makes us happy and do whatever feels good and when one of their characters dies by living this way then "it doesn't matter?"  This is hypocrisy at its best and I'm disappointed.
Also, I was annoyed with how everyone over acted. Some of these people cried more than I did at my cousins funeral.  Rachel who was his TV and real life girlfriend was the only one that I believed.  She was so real and it's the only reason I didn't throw my Ipad out the window from pure frustration and lost opportunities.
So there you have it.  What did you think of it all?  Did they do it classy or did they miss it?
Posted by Aurora Smith at 7:36 AM 2 comments: 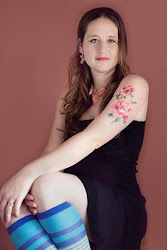 YA Author who wants to push your buttons. You've been warned. 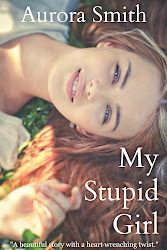 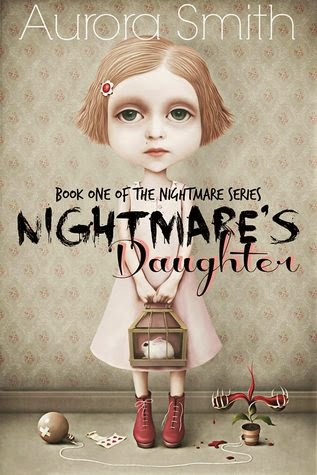 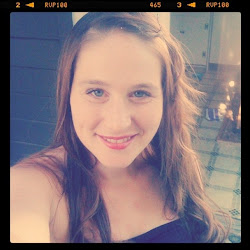 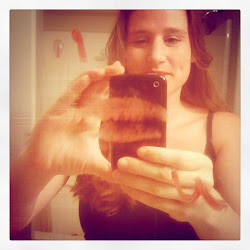 Come get mostly meaningless updates from me 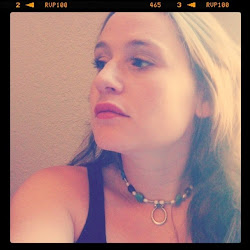